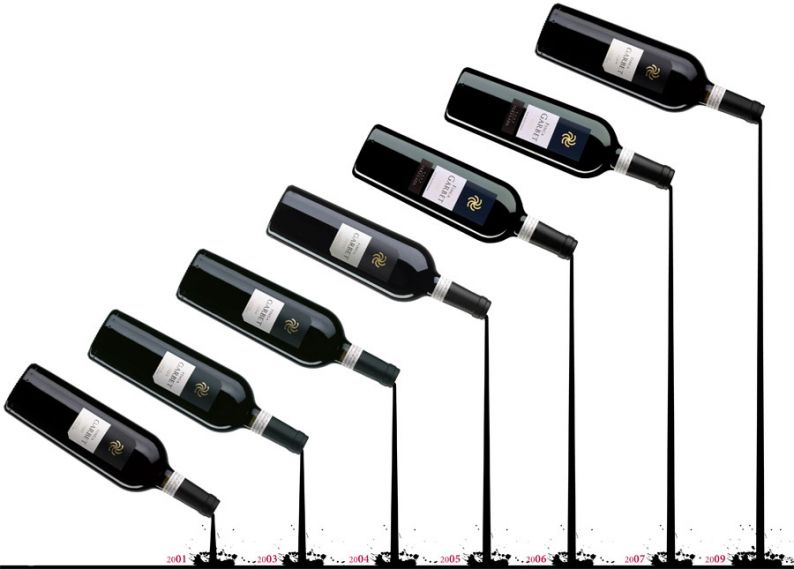 This land was born over two thousand years ago with, and for, its vines, olives and wheat.  Now, with work such as that being carried out by Perelada and its chief winemaker, Delfí Sanahuja, the history of the Mediterranean is being revived and can be tasted in a bottle.

The vineyards are young (1997), planted from the outset with Syrah and Cabernet Sauvignon, and the first harvest carrying the Cala Garbet name on the label was the 2001. All Finca Garbet’s blends (up until the 2009, the youngest we tried at this first Selectus Wines vertical tasting) include Cabernet Sauvignon and Syrah and only two of them (2005 and 2007) are Syrah monovarietals. The 12.5 hectare estate’s other varieties, Merlot, Cabernet Franc and Garnacha del pais go into the other Perelada wines.

Finca Garbet’s geological features make it unique yet very complex from a viticultural point of view.  Delfí Sanahuja calls Garbet "heroic", comparing it to the vineyards of Ribeira Sacra, Priorat and the Moselle.  And it is ... The estate stretches over four hills with a 100 m difference in altitude (from 30 to 130m),  so the vines are subjected to all kinds of exposures and influences, both from the sea (a constant presence along with the “Marinada” sea wind, a mirror of the Mediterranean light, which greatly accelerates the vines’ photosynthesis), and the Tramuntana north wind.  When this wind blows (and it can do so at a staggering 140 km/hr), the humidity drops to 30%, contributing to the water stress. When the wind blows in from the sea (usually in the form of the “Garbinada”, a humid southwesterly wind), humidity can exceed 90%. The difference in the potential alcohol level between the grapes growing on the lower slopes and those growing at the top can be 1°. To top it off, the vines are virtually sitting on the Licorella slate bedrock, which had to be partially broken up when the vineyard was planted. 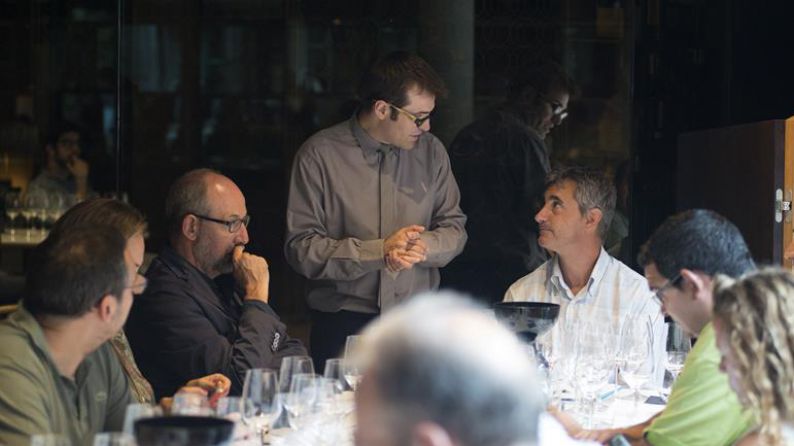 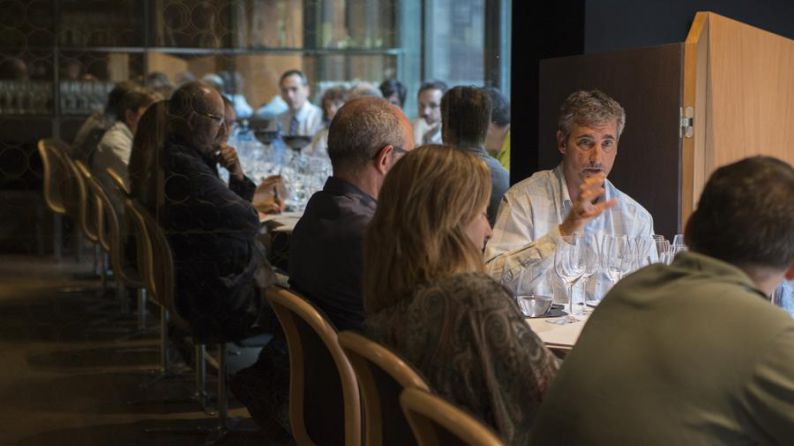 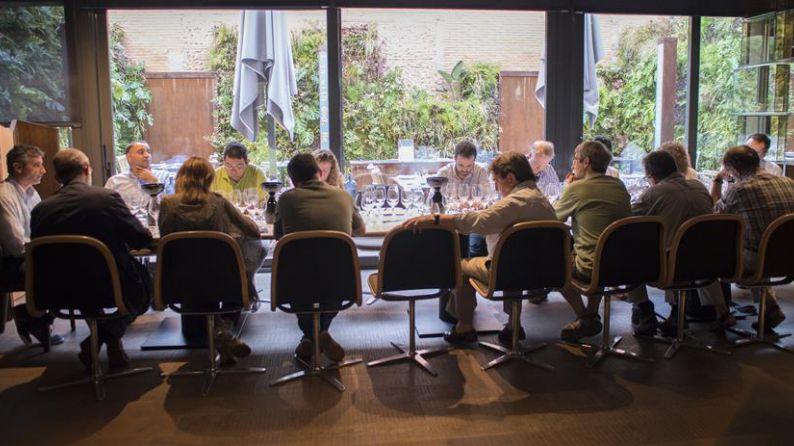 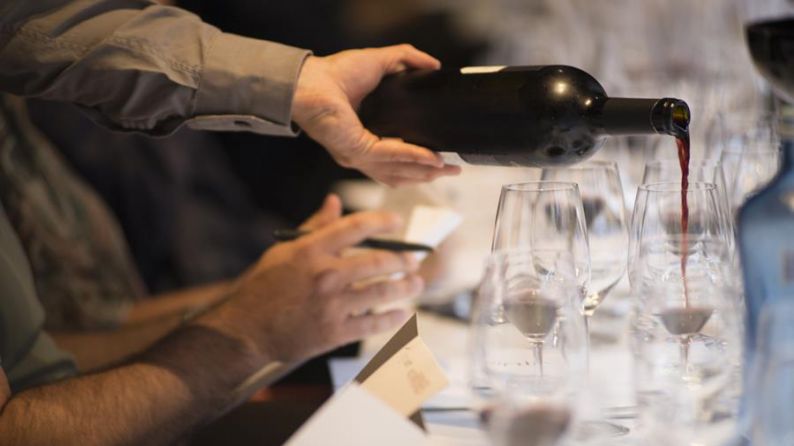 The selection of the grapes is thorough, both in the vineyards and the winery; and micro-vinification of the different exposures, different grape varieties and different maturities, is the golden rule at Garbet. Maceration periods are becoming shorter and the time spent ageing in French oak barrels depends on the vintage and can be up to 18 months. Yeasts are selected, but there is no filtration or clarification, in an attempt to have the essence of the vintage and the typical character of the grapes grown in their  terroir reach the lovers of Mediterranean wines in as pure a form as possible.

The vintages tasted at this first vertical tasting are those currently available on the market (2001, 2003, 2004, 2005, 2006 and 2007 - Finca Garbet is only produced in years they consider to be exceptional), as well as the latest vintage, which is still resting in the winery (the 2009: another important thing about Finca Garbet is that they only release the wine when they consider it to be at its best). These were my impressions, very much influenced by the features of the landscape that I was lucky enough to have visited, viewed and inhaled.

Fire. This is a rested wine; it has lost the intensity of its early years and retains the wisdom of successful ageing. The fire and alcohol of the early years have died down into lovely embers.  Prunes and raspberries.  Red pepper. Warm. Carob.  Drinking chocolate. The sea can be felt, the slate too. It has reached its climax.

Earth. Violet-flavoured candy. Bouquet garni. Density. Extraordinary on the palate. Dead leaves on the autumn earth. Ripe blackberries. Liquorice stick and, after a few hours, black liquorice. The ferruginous Licorella is pronounced, and the humus and stressed earth (2003 was a year of extreme temperatures) are reflected in the grapes.  The wine is complete in every way and shows the terroir character of the property, like no other.

In a year that was cool and more of a contrast with the 2003, the Cabernet Sauvignon was ebullient and dominates this unique blend.  Reminiscent of the “Hermitaged” Château Palmer wines, when the Syrah travelled from the Rhône to Bordeaux to add agility, smoothness and fragrance to the Cabernet Sauvignon.  This is what this wine is like. A classic with subtle intensity. Wind. Grilled green peppers. Cherries in alcohol. Austerity. Elegantly tannic. It quietly fills the palate and all the senses.

Finca Garbet’s first Syrah monovarietal.  It flows through the nose and over the palate like spring water. In this, another cool year, the hint of salt is more perceptible. Water. Rosemary. Cherries and freshness. Liveliness. Withered Aragon olives. Black pepper. Of course, it is the most Syrah of all the wines, but it is also the one that best conveys the estate’s airy, luminous and marine side. It was fascinating to compare the 2005 with the 2003 and 2007. In my opinion, these three vintages best portray the wine from this unique vineyard.

Wind and earth. This wine is certainly the most “botanical”. Cure-all mountain herbs.  Explosion of aromas.  Quinine. Carob. Maquis scrubland flowers. Powerful and master of all aromas. Bouquet garni with laurel.  Pine needles. High humidity, heavy rain and light gusts of Tramuntana wind, which carried the forest into the vineyards. A special vintage.

Earth. For me, this wine, along with the 2003 and 2005, is the finest portrayal of the Garbet soul, closest to what I would imagine from this estate.  The vines are adapting, getting to know the land a bit better every day.  Stone and slate. Wind and dryness: it's interesting to compare it to the 2005 because, both are Syrah monovarietals and they received half the rain.  There’s frugality, intensity and concentration here. Tobacco leaves in the sun. Tomato compote. Very austere on the palate. Roots of the Syrah. Ginger and red pepper. Cherries.

This is still a “wine in the making”... it has not yet been released and the tannins from both the grapes and the oak are still rounding out in the bottle, in the dark, seeking the optimum point of smoothness and maturity. Land and air. This is an intense wine with good acidity. Cherries. Carob. Big aromas. Still showing a raspberry character. Tannic. I think it will develop very well to become an explosion of nuanced fruit. 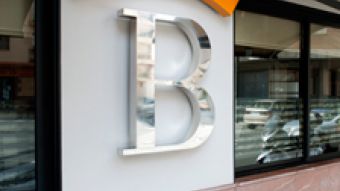 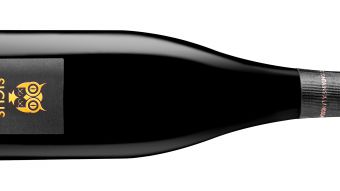