Having just yesterday brought you news of Numanthia’s Loewe leather wine barrel, Rioja estate Ramon Bilbao has gone one better and crafted a violin from a barrel.

It took Solar, who has previously made musical instruments from soft drinks cans, two months to craft the violin from one of the estate’s red wine barrels. Violins are traditionally made from softer woods like maple and spruce.

The collaboration has been captured in a documentary called The Soul Of A Violin, which is due for release early next year.  In the film, Malikian describes playing the violin as being like “smelling music”.

To celebrate the partnership, Ramón Bilbao has created a limited-edition gift box signed by Malikian for its Gran Reserva 2010, which features a violin on its golden label.

“We are always looking to discover new horizons in oenological and artistic terms.

“We started thinking about whether our French oak barrels could carry the complexity, interest and nuances they bring to our wines into a second life in music,” Bastida said.

“The idea came to being when we found the same curiosity in Ara and Fernando – it was a real meeting of minds,” he added.

Next year, 1,000 bottles of the wine aged in the violin barrel will be released, with proceeds from sales going to a local charity. The trailer for The Soul of a Violin by Spanish director Max Lemcke can be viewed here. The film will be released in January.

Founded in 1924, Ramon Bilbao has been owned by Grupo Zamora, one of the largest family-owned drinks companies in Spain, since 1999 and is distributed by Enotria&Coe in the UK.

People are getting increasingly creative with their uses of old barrels, which have been turned into everything from sunglasses to bicycles. 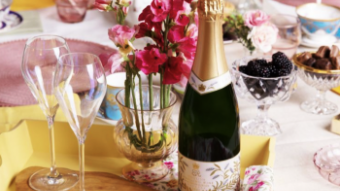 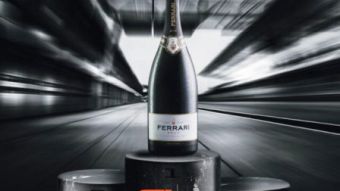