Set to debut in February 2018, the decanter features the howling profile of a dog’s head on the inside, to celebrate the Year of the Dog in the Chinese zodiac calendar.

Standing at 44cm tall, the decanter is decorated with stripes of coloured crystal in black and red – the colour of luck, success and happiness – from its base to spout.

While decorative, the dog’s concave profile is also meant to assist the decanting process, helping to aerate wine as it is being poured in Riedel explained.

“We now have a tradition to uphold in terms of the Chinese calendar,” said Maximilian Riedel, the 11th generation CEO and President of Riedel. “Our first decanter in this series was the Dragon in 2012. After that came Boa the snake in 2013, the Horse in 2014 and Ayam the rooster in 2017.”

Riedel is known for creating inventive and unusual decanters. Earlier this year the company created a rainbow double magnum decanter in partnership with singer-songwriter legend Elton John, with all profits from its sale to be donated to the Elton John Aids Foundation.

Riedel’s ‘Dog’ decanter is available from riedel.co.uk at a price of £495. 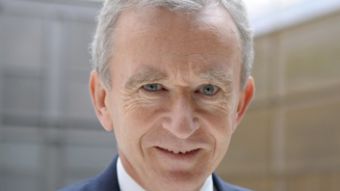