Founded in 1772, this sherry company has been around for almost 250 years and is still owned and run by the same family today. Its undisputed symbol, the Osborne bull, has been reprieved and has just celebrated its 60th birthday with the same fighting fettle and fine presence that have characterized him since birth. 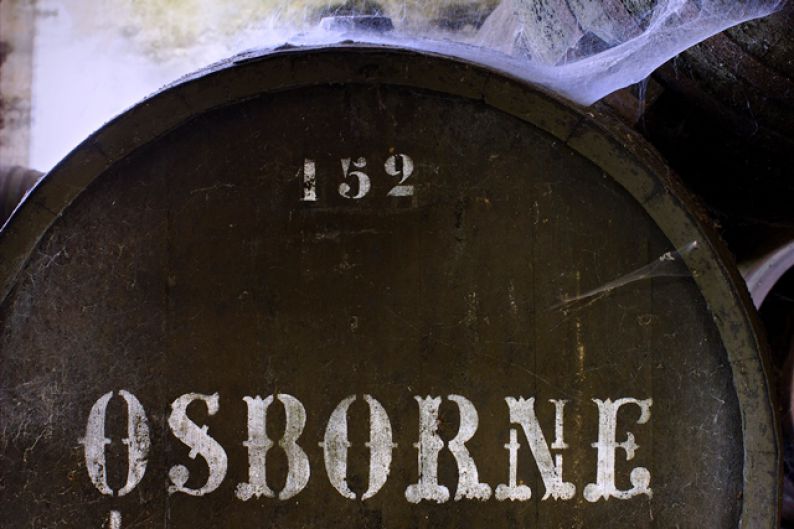 Osborne, like many of the sherry companies in the Jerez-Xerez-Sherry D.O., is of British birth (well, English to be precise). It may have been an Andalusian institution for many years, but its name is 100% British. However, it is so ingrained in Cadiz or El Puerto de Santa María culture, that, should someone pronounce Osborne with an English accent, the locals would probably think they were talking about someone else. The name is now as Spanish as the company emblem, the internationally famous bull that has just celebrated its 60th birthday.

To mark the event, the Osborne has converted one of its beautiful "cascos" (as the enormous buildings, where the famous sherries are aged, are referred to in the region) of its premises in the centre of El Puerto de Santa María, into a fascinating exhibition dedicated to the revered bull, providing visitors to these splendid bodegas with yet another attraction to visit. The exhibition features all sorts of anecdotes and curiosities relating to this famous publicity gimmick created by publicist, Manolo Prieto in 1956. Don’t miss it if you find yourself in the Cadiz area. 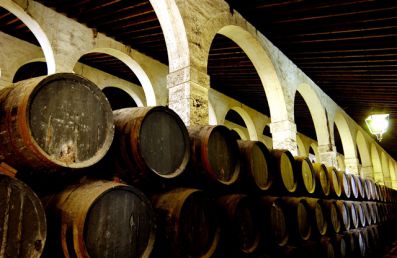 In the late 18th century, many years before the birth of the emblematic bull, and back in England, Robert Osborne, Earl of Yalbourne and native of Devon, started a wine importing business (It is well known that the English have always had a taste for wines from around the world). Attracted by the region’s wines, one of his sons, Thomas Osborne Mann, decided to move to Cadiz to develop the family business. He was just over twenty years of age and already a very enterprising young man back then in the late 18th century. He first set up in Cadiz, the capital of the Province, because, at that time, the sherry exporters and traders were all based in this port, strategic for the shipment of the barrels (botas) of sherry. Here, he immediately set about forging business relationships with other British merchants, bankers and even diplomats. He became a close friend of Sir James Duff, the British consul, and his nephew, William Gordon.

ADVICE FROM THE FATHER-IN-LAW 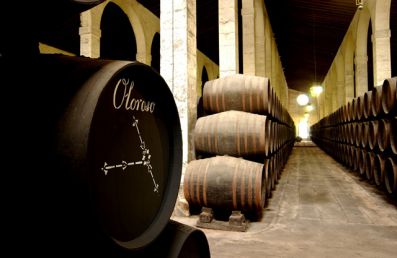 Thomas started up his wine exporting activity as a partner of Duff & Gordon, and some years later, advised by his partners’ legal representative (the man who would later become his father-in-law), he transferred the company to El Puerto de Santa Maria, where it is still headquartered today, over 200 years later. The legal representative in question was no ordinary individual, but a German aristocrat by the name of Böhl de Faber. As well as being a diplomat, Spanish scholar and trusty advisor, Böhl de Faber was also father to two daughters, Aurora and Cecilia. The latter became a famous writer adopting the pseudonym of Fernan Caballero to disguise the fact that she was a woman at a time when being a female writer was not a very interesting proposition. His other daughter, Aurora, married our hero, Thomas. The young Thomas Osborne Mann forged a number of his own literary friendships in addition to those of his sister-in-law.  The New York writer, Washington Irving, was among them. Irving had been travelling through Andalusia, writing his Tales of the Alhambra, and had met Thomas on one of his trips to El Puerto de Santa María.  Later, back home in the United States, the writer became the perfect ambassador for Osborne sherries and was probably the first importer of brown sherry. 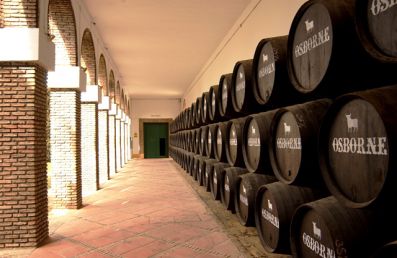 Juan Nicolás and Tomás, were the first names, now in Spanish (losing the “h” but gaining an accent) of the two sons produced by the married couple with very foreign surnames. Tomás soon devoted himself to carrying on the family business while Juan Nicolás, who had inherited a love of writing from his mother’s side of the family, went into the diplomatic service, which took him to Moscow with the Ambassador of Spain, a certain Mariano Tellez-Girón. Tellez-Girón, Duke of Osuna, had been living in St. Petersburg, where he had become famous for squandering money, in this case his own considerable fortune. It is said that he used to throw the Limoges dinner service into the River Neva after every banquet and sported a brand new outfit every day.

Juan Nicolás was made Count of Osborne by Pope Pius IX, but died heirless in Paris. His brother, Tomás, therefore inherited the title and, to compensate for his brother’s lack, he had 10 children. 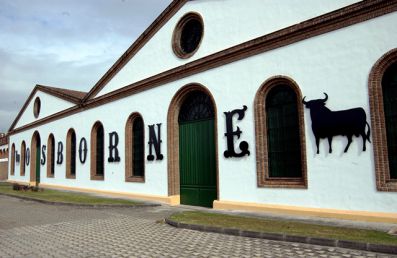 Tomás loved bulls and was the driving force behind the construction of the enormous bullring in El Puerto de Santa María, one of the biggest in Spain with a 60m diameter arena. His descendants were also breeders of fighting bulls, so it is logical that the bull should be adopted years later as the symbol for one of the company’s most popular products, its Veterano brandy (I say “popular” because it is not exactly its best). The silhouette of a bull was used as an advertising billboard displayed over roads throughout Spain. The Veterano brand name, then that of Osborne, were gradually removed from the bull, but it no longer needs them, the silhouette alone conveys the message. The bull has therefore remained, permanently displayed above road sides throughout Spain as an emblem of the country. And not only in Spain, there are now bulls around the world.

Since 1860, when they acquired the totality of the company’s shares from the Duffs and the Gordons, Osborne has been fully family owned. Today, Tomás has over 200 direct descendents. In 2014, 156 years after its foundation, the Osborne Group allowed the Chinese company, Fonsu, to take a stake in the company.

The business group is today presided over by Tomás Osborne Gamero Cívico, the current Count of Osborne, and boasts wineries in Rioja, Ribera del Duero, Rueda and Oporto, producing brandy and various others spirits. It also owns the Sánchez Romero Carvajal company with its Cinco Jotas brand, the most highly-prized Jabugo ham in the world and the perfect companion to its famous Fino Quinta and Cava Abadia de Montserrat. 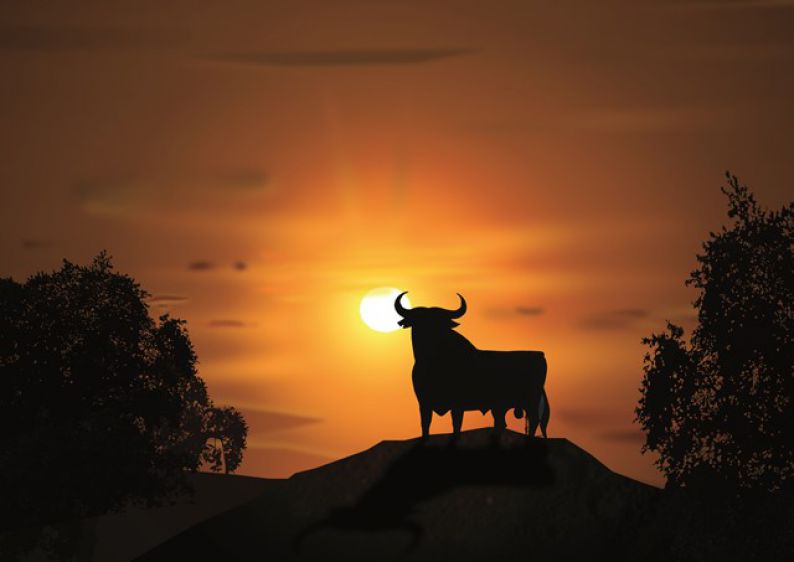 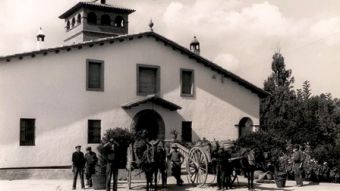 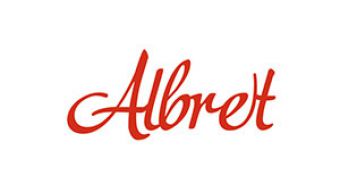