According to Jorge González Moore, a leader is forged by the strength of his character and the dogged determination to fulfill his dreams.   It is precisely due to its leadership spirit that Freixenet this year celebrates the centenary of its first cava, as the world leader in quality sparkling wines, produced under the traditional method. 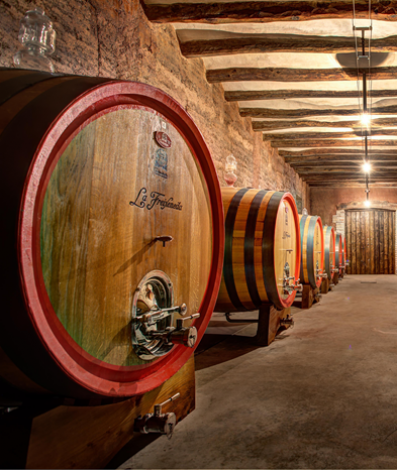 Interior view of the La Freixeneda cellarThe company is still owned by the same family who produced that first bottle a century ago and has remained the leading export company, with 150 million bottles sold in over 140 countries around the globe. International vision, innovation, the continual pursuit of excellence, the development of the best possible products in each segment, and above all, perseverance, are the virtues ​​that have ensured the success of Freixenet throughout its history. As the Italian poet, Arturo Graf said "perseverance is the virtue by which all other virtues bear fruit".  Today's Freixenet president, Josep Lluis Bonet, identifies the keys to the company's success over the last century as being  "family cohesion, long-term vision, commitment to quality delivering the best possible value for money, innovation, passion and the determination to become a multinational company."

Pere Ferrer Bosch and Dolors Sala Vivé, parents of today's honorary president of Freixenet, Josep Ferrer, laid the foundations of the company and, with that first bottle of Freixenet, toasted their vision of being successful, growing the company, consolidating and passing on the baton.  The baton was already embedded with the DNA of the universal formula for success: talent, hard work, tenacity, ambition and the desire to be the best, and it has been passed down the Freixenet generations.

Freixenet wanted to celebrate its anniversary with a series of events over the year, including tastings, food-wine pairings and new product launches. To pay tribute to that first bottle, the 2013 Christmas T.V. advertising campaign focused on the 100 years of Freixenet. The ad, directed by filmmaker, Icíar Bollaín, featured all the past Freixenet “burbujas” (women clad in gold to symbolize bubbles), who had appeared in Freixenet’s past Christmas campaigns.  Freixenet is organising various commemorative activities and, at Alimentaria, it launched a special edition of the iconic and super premium cava, Reserva Real, which became a vintage (2007) to mark the anniversary. 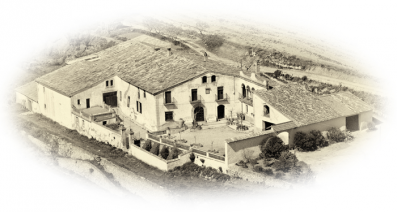 Bird’s eye view of La FreixenedaOne of Freixenet's most "romantic" projects, which also coincides with the company’s centenary, is the restoration of the Freixeneda de Mediona farmhouse, which was the inspiration for the brand name. The driving force for this project, at the age of 88 years, has been the honorary president of Freixenet, Josep Ferrer. Beam by beam, they have reconstructed the 13th century farmhouse, which has been in the same family for 19 generations. They are now in the process of converting it for wine tourism. 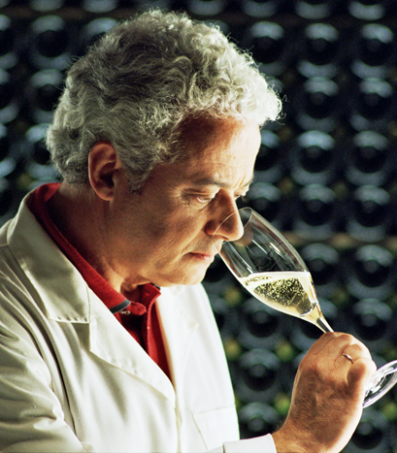 Freixenet’s director of winemaking, Josep BujánAlso unveiled at Alimentaria, was the first red wine created by Freixenet's director of winemaking, Josep Bujan. Freixeneda 2011 is a limited production red made with 70% Cabernet Sauvignon and old Garnachas from the Freixeneda estate.  Though this wine, Josep Ferrer wanted to pay tribute to his parents and the origins of the brand. "The wine world is full of sentiment and romancism," he concedes.  The restoration of La Freixeneda, which was the farmhouse and estate of Josep Ferrer's father (Pere Ferrer Bosch), comes after the refurbishment, for the production of hand-crafted, Gran Reserva vintage cavas, of the former home and winery of his mother (Dolors Sala Vivé)  - Casa Sala in Sant Quintí de Mediona.

Casa Sala was founded by Francesc Sala Ferrés in 1861 and was the first wine brand in Sant Sadurní d'Anoia to be exported.  Francesc’s son, Joan Sala Tubella, continued the business and, after the marriage of Joan’s daughter, Dolors Sala Vivé, to Pere Ferrer Bosch, the company started to produce cava, in 1911. In 2011 it was the 150 year anniversary since Francesc Sala started trading wine under the Casa Sala name, founding the first wine exporting company in Sadurní d'Anoia.

Freixenet, as a brand, was born in 1914, when Dolors Sala and Pere Ferrer decided to continue the Casa Sala business but focusing exclusively on the production of cava.  They baptized the company Freixenet, a diminutive derived from the name of the Ferrers’ family farm, la Freixeneda.  Josep Ferrer says that "from Pere Ferrer and Dolors Sala, my sisters and I inherited the Freixenet wine legacy and above all, their passion for quality in order to create prestigious brands, a progressive outlook, and a dream."  He adds that "our parents dreamt of building a prosperous business and one day going international, setting up in the Champagne region and other wine regions around the world in order to make sparkling wines. Now that five generations have been involved in the business, it is nice to look back and see that those dreams have become reality. " 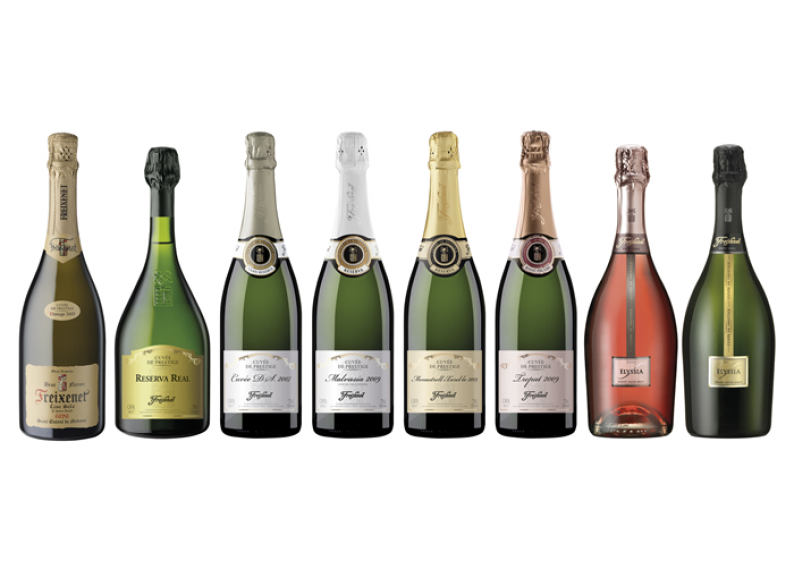 The Freixenet “cuvées de prestige”In just 25 years under Josep Ferrer's management, Freixenet achieved spectacular growth, going from a small family company to the world’s No. 1 sparkling wine producer, without losing any of its family character, and still based on the DNA created by its founders. Winemaking innovation and creative talent have always been important to Freixenet, who knows that these are essential to respond to market changes.

Over the years new cavas have therefore been created  to meet the requirements of the most demanding consumers, and these now make up the “Cuvées de Prestige Collection“,the widest range of cavas available in the high-end segment. No other cava house has a range like it. 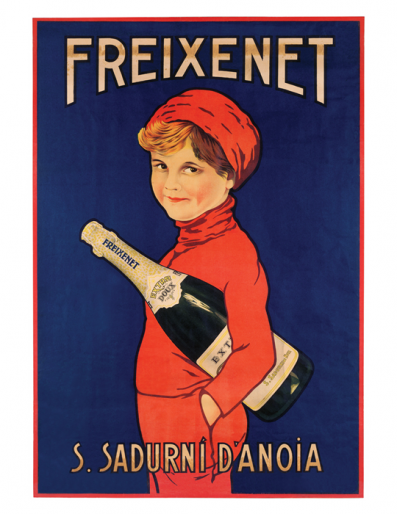 Typical Freixenet poster from a few decades agoNow leader in sparkling wine production, Freixenet then embarked on the next stage of its growth, setting up in other wine regions around the world, with the  conviction that quality comes in the shape and form of many different wines and origins.

So today, 100 years after the first Freixenet bottle appeared on the market, this name not only embraces an excellent range of cavas but also a Wine Group comprising 21 wineries in seven countries, in the best wine regions on three continents, Europe, North America and Australasia. Pursuing its international growth strategy, Freixenet built wineries such as Gloria Ferrer in California, Sala Vivé in Mexico, Wingara in Australia and Freixenet in Argentina, and acquired one of the oldest houses in Champagne, Henri Abelé.  The company has also invested in some of the top D.O.s in Spain, such as Rioja (Solar Viejo), Ribera del Duero and Rueda (Valdubún), Priorat (Viticultors del Priorat / Morlanda), Montsant (Fra Guerau) and Rías Baixas (Vionta).