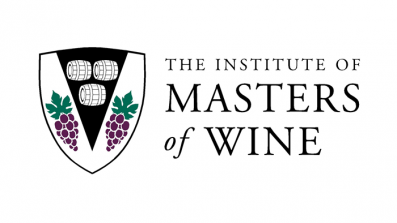 Late last May an Institute of Masters of Wine  (IMW) Master Class took place in Spain  - in Haro, Rioja. Although it may seem a trivial fact to some, for us it was an ideal opportunity to have the IMW get to know the members of the Spanish wine trade a little bit better and to clearly explain to the Spanish trade what the Master of Wine qualification consists of, without the myths and misperceptions.

The Institute of Masters of Wine was created in England by and for the wine trade. Although the Institute was founded in 1955, the origin of the Master of Wine is much older. The Institute, which is now independent, was created by the Worshipful Company of Vintners, a vintners guild, chartered in 1363 and housed in a beautiful building on the River Thames in London. The Institute considers it important that its members are recognized as the crème de la crème of the wine industry and that these members respect a code of professional conduct.  As far as I know, there is no other institution in the world quite like it.

To ensure the professional competence of the Masters of Wine, the Institute devised exams that are now so famous that they have eclipsed the second and no less important part of being a MW, i.e. the respect for an ethical code of professional conduct.  Only through the combination of   learning and good conduct can a guild, or association of members, such as the Masters of Wine, function as it should, with mutual trust at its core. 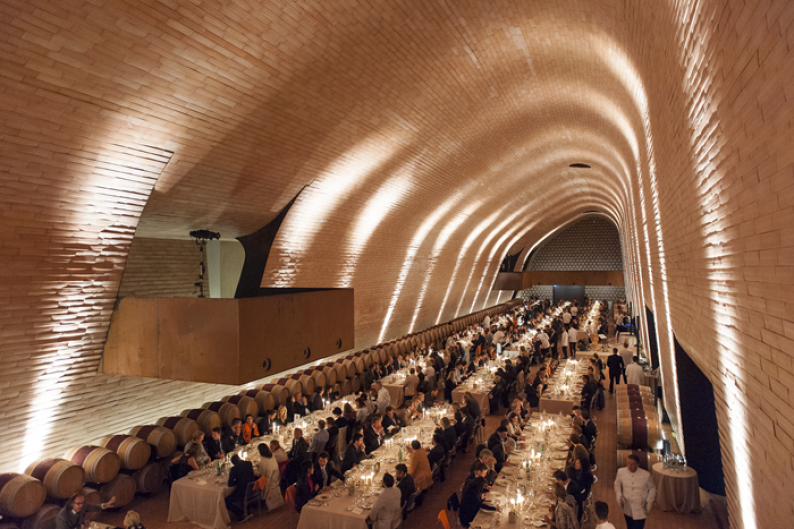 Annual Reception and Masters of Wine Awards CeremonyIn the beginning, the conditions for becoming a Master of Wine were to be a British male and a wine merchant.  No women were admitted into the Institute until 1970 and  it was not until 1984 that oenologists, journalists or other professions were accepted.  The first MW from outside the UK was an Australian, Michael Hill Smith, in 1988.   There are now 313 MWs in 24 countries, although of course the vast majority are still British (188), with many Americans and Australians.

The non-native English speakers are still a bit of a rare species: one Greek, two French, one Belgian, two Dutch and one Spaniard.  And interestingly, three Norwegians, two Swedes and three Finns (curious because the drinks trade in these countries is controlled by monopolies, which does not seem to prevent its wine world from being very dynamic). But there is now a significant trend towards globalization: two-thirds of the 280 current students come from 35 countries.

The fame and prestige of Masters of Wine (MW) come primarily from its current members.  Although some of them, such as Gerard Basset, Michael Broadbent, Jancis Robinson, and Sarah Jane Evans are well-known media figures, most of the MWs work in the trade, often responsible for wine buying and marketing within the top companies, while many others, such as Olivier Humbrecht, Fiona Morrison, Norrel Robertson, Ed Adams, etc., make excellent wines. The association of these respected professionals, and the prestige of the Institute itself, give the IMW great pulling power.  At the last IMW Symposium, held in Florence last May, the vast majority of important players on the global wine scene answered the siren call of the Institute. 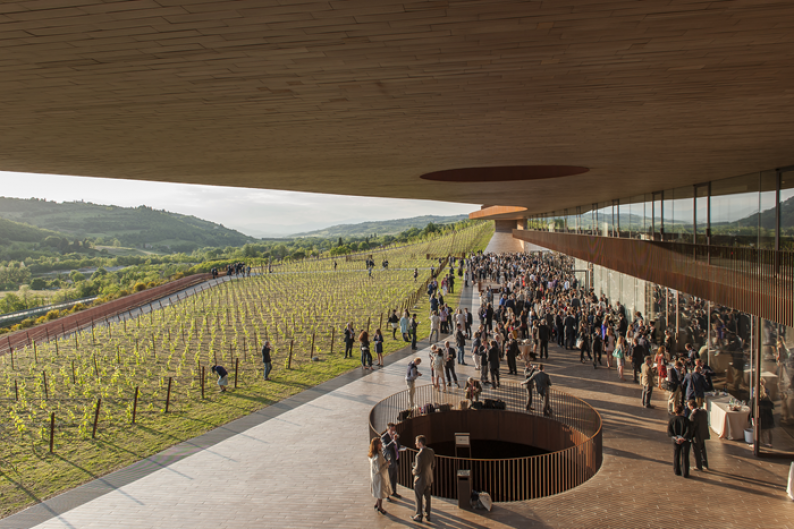 A tasting of Istituto Grandi Marchi wines on the terrace of the Antinori winery at Bargino just before the gala dinner of our Symposium in Tuscany in MayTo become a member of the Institute and to be able to use the famous MW letters after your name, you must first and foremost have at least five years’ professional experience in the wine industry. Priority is given to holders of the WSET Diploma, oenology graduates and executives from wine companies, etc..  In addition, the candidate has to be nominated by a MW.

You then enroll on the regular course, of two years minimum duration, with a typical model of private study, a residential seminar, several course days over the year, and the opportunity to go on study trips.  As this is a programme for working professionals, it is assumed that candidates are able to balance their studies with their professional life (as well as their family life, of course). This is perhaps one of the programme’s greatest challenges.

After the second year, you can sit the famous examination, which takes place over four days in London, Sydney or Napa Valley. The practical part runs over three consecutive mornings.  On each of the three days twelve wines are tasted blind and candidates must answer questions related to the wines’ origin, quality, winemaking, retail price and style, etc.

Usually the first day features white and rosé wines, the second red, and the third  fortified, sweet and sparkling wines, but there are many variations. 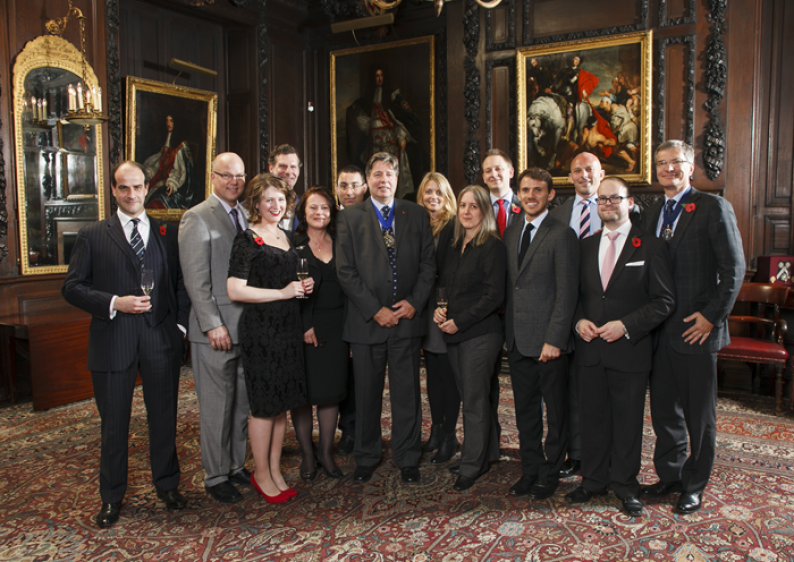 The new Masters of Wine in November 2013The theory paper is broken down into five major themes, and is sat in the afternoons and on the fourth day. One of the major difficulties of the exam lies in the extent and scope of the syllabus. It covers all types of wine and all aspects of wine production and the wine business. The practical, the tasting, has become the stuff of legend due to the fact that it includes wines from all around the world and due to the very precise nature of the questions.

If you pass both parts, you go on to the third year, in which you have to prepare and present a research paper on a topic of your choice, which has been approved by the IMW.  And if you are fortunate enough to be accepted into the Institute, you then have to sign the Code of Conduct, pay an annual fee for the running of the IMW and attend a very moving inaugural ceremony.

But why is the MW important? 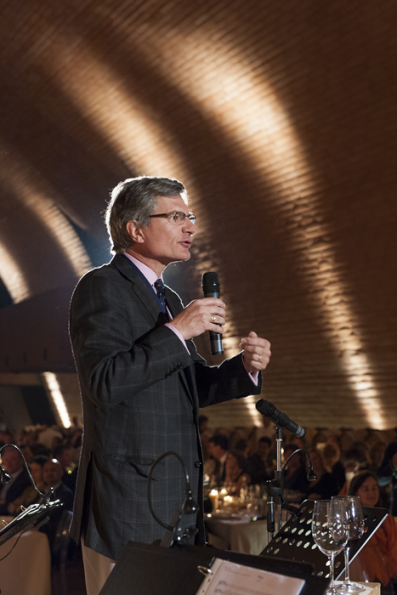 Jean-Michel Valette MW, Chairman of the Institute, gives a speech at the gala dinnerBecause the power in the wine worldet lies mainly in the hands of the English. One look at the history books and world wine market reports and you will see that this is so.  Britannia has ruled the international wine waves for centuries.

Until three years ago, it was the biggest importer of wine in the world, and well, the customer is king!   This is why the English have had a great influence on almost all of the world’s great wines, from port and sherry to Burgundy and Champagne.  Traditionally, the English, not just content with buying wine, have also dictated how it should be made.  The approval of Anglo-Saxon gurus is a 'sine qua non' condition for the commercial success of the most prized wines from Spain and elsewhere.

Being a MW offers the advantage of being part of an exclusive club with great influence and prestige, which is undoubtedly an attractive career move for anyone. In Spain, having a decent  number of MWs would certainly help to give Spanish wines a more prestigious image in world markets.

In Spain, per capita wine consumption has fallen to very low levels, well below countries such as Denmark, Germany and Belgium.  This situation is not likely to change in the foreseeable future, so we have no choice but to export. And Spanish producers export a lot, over 22 million hectolitres, but at very low prices. We need to build a reputation for Spanish wines for prices to rise.

One solution is to use wine ambassadors, prestigious, highly qualified individuals who associate the image of Spanish wine with a certain quality and originality.  Without building this reputation, we cannot escape the vicious circle of competing on price. 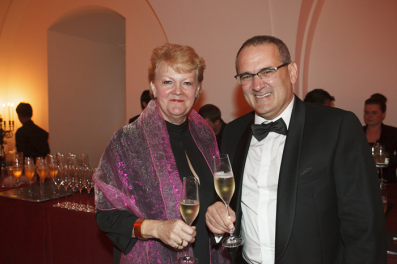 Pedro Ballesteros MW with Lynne Sherriff MW, former Chairman of the Institute of Masters of Wine, at the 60th Anniversary Dinner in September 2013The structure of the wine markets (the commodity market segments account for over 70% of the volume), means that a lot of Spanish wine has to be sold in discount channels and anonymously, as do French and Australian wines.  If we want to safeguard the industry's future, Spain must build an image as a producer of quality wines with overseas wine drinkers.

I believe that having a dozen or so Spanish or Hispanophile Masters of Wine could do wonders for Spanish wines in export markets. Being a MW is a guarantee of credibility in the markets of most interest (including of course the Asian markets, where the MW is much respected).

Becoming a MW involves time, money and hard slog.  You have to travel a lot, taste wines from around the world, study in English and learn a bit about everything, while managing your day job.  It takes a real love of wine. Otherwise, it's not worth it. But for those who decide to take the plunge and who meet the necessary conditions, I assure you, whatever the outcome, the journey is well worth the effort, it is a unique and rewarding experience.

The exam questions are published each year on the www.mastersofwine.org website and are the subject of much comment in the industry. 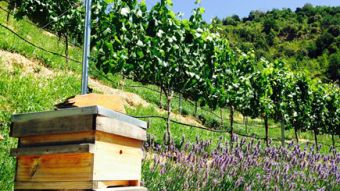 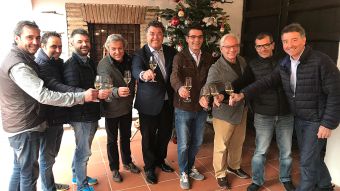