Three bottles of vin jaune (yellow wine) from the 1774 vintage in Jura, believed to be among the oldest bottles of wine in the world, will be auctioned later this month, and could fetch up the €40,000 each.

The 244-year old wine are being sold by the descendants of the 18th century winemaker Pierre Vercel, as reported by The Guardian. The three bottles, which are technically known as Vin Jaune d’Arbois as the “jaune” term was not in use when they were made, are the last of that vintage owned by the family.

It’s believed that Varcel himself, or perhaps family member Anatoile Vercel, according to auction house Christie’s, made wine in France’s Jura region during the reigns of Louis XV and Louis XVI.

Vercel, who came from a line of celebrated winemakers dating back to the 14th century, is credited as the inventor of vin jaune, a type of white wine made only in Jura and similar to dry fino Sherry, except it is not fortified.

Instead, it is made and matured in a barrel under a film of yeast, creating an age worthy wine with a nutty, savoury character.

“Vin jaune wine is also known as yellow wine because of its deep rich golden colour. It is a special, characteristic type of dry white wine made from the local grape called Savagnin,” explained Christie’s. “It is similar to dry finoSherry and gets its character from the maturation in a barrel under a film of yeast, known as flor in Jerez, Spain and as voile in this region. Unlike Sherry it is not fortified though and has natural alcohol level of only 13-15%.”

Another bottle from the same collection was sold in 2012 for €57,000 at Christie’s auction in Geneva.

As well as the 1774 wine, the auction includes 99 other bottles, the last remaining from the Vercel cellar, and will take place go under the hammer in Lons-le-Saunier on 26 May. 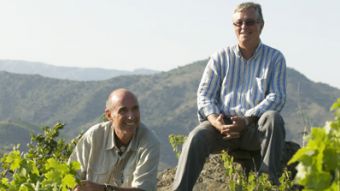 A trip round the record-breaking Priorat 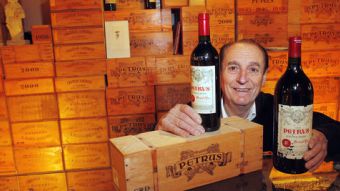 World´s most prestigious wine collection to go on display. 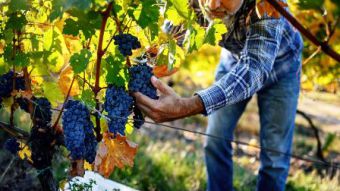