Champagne Barons de Rothschild is to release a kosher rosé prestige cuvée this year to add to add to its five-strong Champagne range.

The range was first launched in London ay The Ritz in 2016, when Philippe Sereys de Rothschild, president of Château Mouton Rothschild, told db that Chardonnay was “the white truffle of Champagne”.

“Chardonnay is the white truffle of Champagne – it’s the best and we wanted to do the best. In order to put the Rothschild name on it, it had to be the best.

“Also, there are only a couple of Chardonnay specialists in Champagne like Salon and Delamotte, which gives us a chance to stand out.

“I love Champagne – my grandfather was a key shareholder of Ruinart but sold his stake in the ‘50s. He also had his own-label, Reserve Baron Philippe, made by Henriot, which I grew up drinking as a teenager,” he said.

The company, which also makes a bespoke vintage expression for The Ritz hotel group, produces around 500,000 bottles across the range each year.

According to the Jewish Chronicle, demand for kosher wines is on the rise in London and kosher wines are now stocked by most major supermarkets, as well as Selfridges and Hedonism Wines in Mayfair.

In addition to Israeli labels, Kosher wines are now produced everywhere from France, Spain and America to Argentina and New Zealand.

Wines that you may not know are kosher include Pontet-Canet, Grand Puy Ducasse, Leoville Poyferré and Malartic Lagraviere in Bordeaux, and Laurent-Perrier and Drappier in Champagne.

“There has been a 100% change in attitude towards kosher wine. People were used to kiddush wine and we had to push them to try something different,” Benjamin Gestetner, managing director of Kedem Europe, the largest importer and distributor of kosher wine in the UK, told the Jewish Chronicle.

In order for a wine to be deemed ‘kosher’, which means ‘fit for consumption’ in Yiddish, it must be made under the supervision of a rabbi.

The wine must contain only kosher ingredients (including yeast and fining agents), and must be processed using equipment certified to make kosher wines.

No preservatives or artificial colours may be added and the wine can only be handled, from vine to glass, by Sabbath-observant Jews. 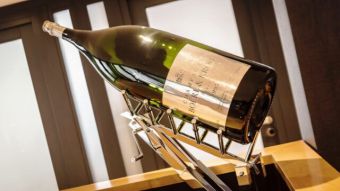 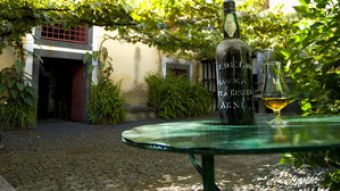 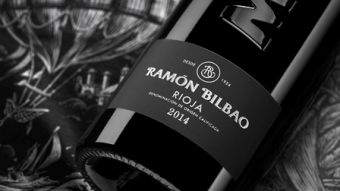