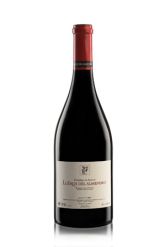 Dominio de Atauta was founded in 1999 in Soria, on the eastern boundary of the Ribera del Duero, at a time when hardly anyone believed in its vineyards. Herein resided the success of the bodega which was able to spot the magic of an area sitting at about a thousand metres altitude and possessing extremely old and virtually untapped vineyards.  With its parcels of healthy, archaic, ungrafted vines, the area caught the eye of founder, Miguel Sanchez. In the early days, the Bodega was distinguished for its fresh, approachable, authentic and slightly Burgundy like wines, especially as far as the care of the plots was concerned.  In 2009 there was a change of direction at the bodega when it became part of the Avanselecta business group, but it remained faithful to the quality principles which have made ​​it a hallmark bodega, now a reference in the Castile region of Spain.

The last vintage of a prodigious Ribera wine whose disappearance leaves a bittersweet taste. Without going into details, we can promise you that the vineyard will not be touched and some other wine may possibly benefit from its soul. For now, enjoy this wonderful 2009 which will definitely have you floating. It is as approachable as usual, yet at the same time vigorous, wanting to last over time.   It comes from a relatively young vineyard of "just sixty years old" vines with tiny yields and occupying an area of ​​2.5 hectares. It was aged for 20 months in French oak and we predict it will age well for the next fifteen years. It respects, of course, biodynamic growing principles, the heritage of Bertrand Sourdais who left the company a few years ago. As this is a more gastronomic wine than usual, we recommend trying it with a variety of dishes without worrying overmuch about getting it perfectly right. Here’s a suggestion with a local flavour lamb “ajo carretero’ (garlic stew).  Go on, be brave!