Andrew Black: Your winery and packaging are very modern. Are you trying to get away from the traditional ways often associated with Cigales?

Carlos Muñoz: In terms of viticulture we remain traditional. We have very old vines, up to 85 to 90 years, and the vineyards are still made up of different red and white varieties mixed in the same plots.

AB: Which varieties do you have?

CM: Tempranillo, Grenache and Verdejo. These have always been planted, harvested and vinified together. This was the origin of Cigales rosé.

CM: In the past, the problems we might have had were due to poor winemaking or lack of means. The warm terroir of Cigales evens out the ripening process, as long as good vine-growing is practised. The mix of varieties makes our work more challenging, but thanks to our terroir we can produce excellent rosés that have identity and are unlike any other rosés in Spain.

AB: Do you reserve your oldest vines for red wine production?

CM: No, we use them for both red and rosé.

AB: Is that also what makes your rosé different?

CM: Yes, when you add the factor of special Cigales terroir.

AB: What is so special about the Cigales terroir?

CM: The surface area of Cigales, contrary to many other D.O.s, hasn’t changed for centuries. All the soils are poor with a lot of limestone in places with gravel on the surface. In summer, this helps the grapes to continue ripening even when nights are cold.

CM: Yes, it does. But while Cigales vines are only planted in good terroir, many of Ribera’s newest vineyards are not. With our old bush vines planted in poor soils and giving low yields we’re the Priorato of Valladolid province, surrounded by ever-expanding D.O. s.

CM: Our yields are an average of 30 hectolitres per hectare for both red and rosé.

AB: What differences are there in taste between a good Cigales and a good Ribera?

CM: Cigales reds are generally smoother than Ribera. Maybe this has something to do with the terroir or the age of the vines. It’s difficult to generalize because some Cigales reds actually resemble Riberas. Others are different and have their individual character.

AB: How many brands do you produce?

AB: And your annual production? And where do you sell it?

CM: Around 95,000 bottles of red. Most of the sales are local or national. We export mostly to Holland, Germany, Belgium and USA.

CM: In Belgium and Germany.

Bodega Hiriart is a new winery with history and experience that combines tradition and new technology to express all that a wine can be!

The new winery is built on top of the old, underground warehouse. It combines tradition with new technology to ensure quality, the objective of this family business. In order to preserve the old cellar under the new winery, significant engineering efforts have been made.

For 250 years "Clarette" has been produced. The construction of the winery dates back to 1750 when they manually excavated the vaults which still remain.

Today, tribute has been paid to the ancestors who were able to unite and convey the best of the wine culture of Castilla and Bordeaux!

Under the direction of winemaker Patricia Práganos, the rosé and red wines are produced with great care. Tight control from vineyard to fermentation results in the wine that you will pour in your glass.

After a careful harvest, the grapes are de-stemmed to avoid any harshness in the wines. A modern hydraulic press is used for gently pressing the grapes to get the best out of them.

Our saignée rosé wines re-claim their place in its style; its personality and quality has, unjustly, been forgotten. 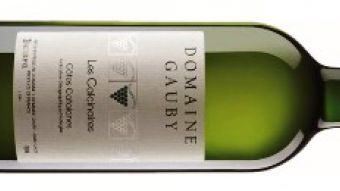 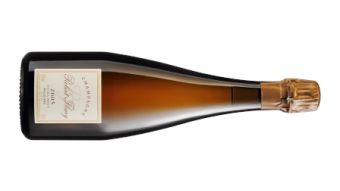